An island sanctuary for 20,000 whimbrels

Many people who catch a rare glimpse of a whimbrel flying along the East Coast may not know its name, but they will surely remember the sight.

Masters of the winds and tides, these dappled-brown, long-distance flyers jet along on wind-swept wings used for open-ocean voyaging and hurricane-dodging. Long, curved beaks used to probe fiddler crab burrows give the whimbrel an unmistakable profile, even at a distance.

These elegant birds have long flourished in coastal habitats along their cross-continental migration routes, which on the Atlantic Flyway can stretch for 2,500 miles. In modern times, however, urban development, erosion and slowly rising sea levels have chipped away at migratory stopover locations crucial to the species’ survival. Scientists estimate that the population of whimbrels along the East Coast has fallen by as much as 79 percent between 1980 and 2019.

So it was no wonder that in 2019, a surprising discovery at a barrier island south of Charleston, South Carolina captured the attention of scientists, conservationists and birders across the nation and abroad. State biologists discovered that 20,000 migrating whimbrels, now recognized as the largest known gathering of whimbrels in the world, were using the uninhabited island called Deveaux Bank as a nocturnal roosting site and a hub from which to launch foraging trips into neighboring tidal flats during their annual migration between South America and Canada. In these protected coastal marshes, whimbrels fatten up on a rich bounty of fiddler crabs, storing enough energy to reach far-away nesting grounds in the arctic tundra.

“Seeing this number of whimbrels in one place was like going back in time,” said Felicia Sanders, who serves as the South Carolina Department of Natural Resources’ Coastal Bird Conservation Project supervisor. “This remarkable discovery proves that we still have much to learn if we want to save the remaining flocks of whimbrels and other shorebirds, and it shows just how crucial certain locations are to their survival.”

Following this discovery, NFWF awarded a $145,000 grant to the College of William & Mary to search for additional roost sites along the Atlantic Coast. In 2021, NFWF awarded a grant of $99,400 to the college to expand that search along the Gulf of Mexico. Another grant of $84,400 will enable scientists at the University of South Carolina to use telemetry to study whimbrel movement to and from Deveaux Bank while the birds are foraging nearby.

These investments are just a few of the many grants awarded by NFWF in 2021 to identify, conserve and restore habitats for migrating shorebirds along the nation’s entire coastline. 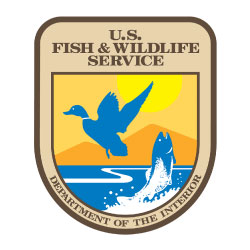 Next: Saving sea turtles, by land and sea