Dimming the lights for a brighter future

Over the past five years, and thanks to nearly $10 million from NFWF’s Gulf Environmental Benefit Fund, the Sea Turtle Conservancy has retrofitted 130 homes and businesses on the coast with dimmer lighting that is safe for sea turtles. Altogether, these projects have replaced more than 13,000 bulbs and darkened nearly 18 miles of prime nesting habitat for sea turtles.

“Sea turtle hatchlings instinctively move toward the brightest part of a beach – the white surf line or the light from the stars and moon reflecting on the sea,” said David Godfrey, executive director of the Sea Turtle Conservancy. “The glare of white light from human activities farther inland can confuse hatchlings emerging from their nests, as well as adult turtles coming ashore to nest. Disoriented turtles can wander up onto roads or get lost in the dunes, eventually succumbing to vehicles, predators or the elements.

“Properly shielding lights and using wavelengths that appear amber or red in color can prevent baby sea turtles from getting confused and heading toward human development as they emerge from nests at night,” Godfrey said. “Fortunately, turtle-safe lighting can also be designed to provide people with plenty of light where it’s needed for safety and security.”

For decades, NFWF and its public and private partners have led efforts to implement lighting projects that benefit sea turtles along the East Coast. Thanks to its work through the Gulf Environmental Benefit Fund, established in the wake of the 2010 Deepwater Horizon oil spill, NFWF has worked with grantees such as the Sea Turtle Conservancy to expand these efforts at critical nesting beach sites along the Gulf of Mexico.

At many retrofit locations, biologists have recorded dramatic and immediate results.

“In conservation terms, we get a lot of bang for the buck from these lighting projects, especially when combined with predator control and restoration of nesting beaches, which NFWF is also supporting,” Godfrey said. “Sea turtle disorientation is a phenomenon we understand well, and though the causes aren’t always easy to address, we really can generate amazing results by working with property owners who understand the issue and volunteer to let us help them retrofit lighting systems.

“This is especially important along the Gulf of Mexico, where sea turtles took a significant hit during and after the 2010 oil spill. Some species, especially loggerhead turtles, were beginning to show encouraging signs of recovery when that tragedy occurred.”

The Gulf Environmental Benefit Fund was created in 2013 to receive and administer funds resulting from plea agreements between the U.S. Department of Justice and BP and Transocean resolving certain criminal charges following the 2010 Deepwater Horizon oil spill. Provisions within the agreements directed a total of $2.54 billion to be used to support projects benefiting natural resources in the Gulf States.

From 2013 to 2019, NFWF has awarded more than $1.4 billion to landscape-scale conservation projects identified as high priorities by state officials in Alabama, Florida, Louisiana, Mississippi and Texas. 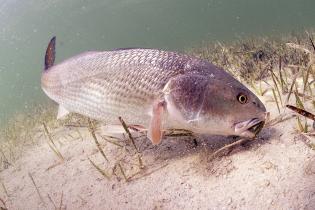 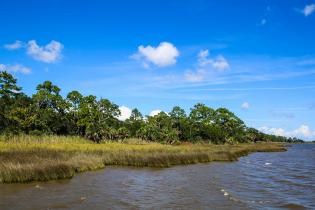