Covered by extensive tracts of forest and dotted with more than 60 lakes, the Downeast Lakes region of eastern Maine hosts a wide array of wildlife, from moose, white-tailed deer and black bears to loons, black ducks, spotted sandpipers, black terns and about 180 other species of birds.

The area also is home to many communities where natural resources have long served as the bedrock of the local economy. The woods and waters of eastern Maine have provided livelihoods for generations of sporting camp owners, craftsmen, forest industry workers and fishing guides.

This culture of outdoor recreation has been supported by relatively stable land-use practices by well-established forestry managers. But over the past few decades, this pattern of land use has been changing. More than half of the Maine Woods has changed ownership in the last two decades, and natural landscapes are threatened with conversion to small private landholdings.

In response to these threats, local community leaders and conservation organizations had begun forming partnerships aimed at protecting these landscapes on a massive scale.

The new Downeast Lakes Land Trust joined with the New England Forestry Foundation in a plan to permanently conserve more than 300,000acres of forestland strategically positioned between more than 600,000 acres of conserved lands in neighboring Canada and 200,000 acres of state, federal and Native American lands in Maine. This effort would go on to attract a wide array of public and private conservation partners.

In May 2005, The Conservation Fund, in partnership with the New England Forestry Foundation, paid about $12.3 million to acquire a permanent conservation easement designed to promote sustainable forestry practices and prevent forest fragmentation across 312,000 acres. The easement also ensures perpetual public access for fishing, hunting, hiking, birding and boating.

This easement, at the time the second-largest of its kind in U.S. history, was made possible by a $6 million grant from Acres for America, a unique public-private partnership between Walmart and the National Fish and Wildlife Foundation.

This massive project in Maine became an early major success for the Acres for America program, which began in 2005 when Walmart made a commitment of $35 million to purchase and preserve one acre of wildlife habitat in the United States for every acre of land developed by the company — at the time projected to be about 138,000 acres.

Mark Berry, who served as former executive director at the Downeast Lakes Land Trust from 2006 to 2014, recently said that such a massive conservation achievement would never have been possible if the project’s original partners hadn’t dreamed big – really big. "There was this vision, before I ever got to the Land Trust and before the Acres for America program even began, to protect these entire landscapes. Without Acres for America, it would have been really difficult to achieve success at that kind of scale.

"Its size made the Downeast project possible. Had it been small, we wouldn’t have attracted the attention of Acres for America and other funders. It was that lofty vision, combined with strong local support, that made it possible."

After such a strong start in eastern Maine, Acres for America went on to become one of the most effective public-private partnerships in the history of U.S. conservation efforts. In its first 10 years, the program has funded 61 projects in 33 states, the District of Columbia and Puerto Rico. Acres for America has far surpassed its initial goal, with more than 1 million acres protected — an area comparable in size to Grand Canyon National Park. 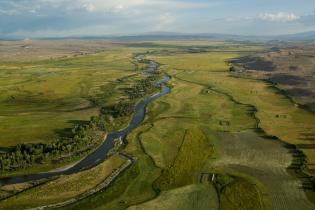 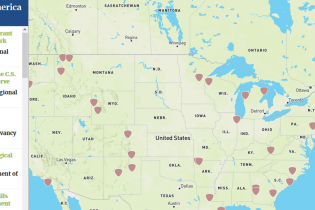 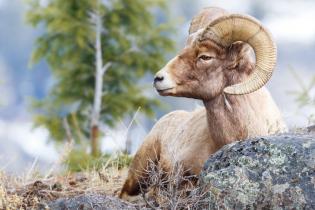