Before European settlement, the floodplains of what would become Michigan fueled vast, dynamic ecosystems. Water levels would rise and fall with the rains; massive numbers of animals would surge in and out through the seasons.

The native Ojibwe people, later called the Chippewa, have a name for these marshes: “maankiki.”

Few such areas remain along the Shiawassee River, which flows into Saginaw Bay and Lake Huron. Much of the land in that region has been developed or converted to agricultural use. But at one site, a collection of former farm fields within the Shiawassee National Wildlife Refuge, Ducks Unlimited staffers and refuge managers are recreating the wetlands of the past.

In 2016, workers completed a major construction project to reconnect nearly 1,250 acres to the Shiawassee River. Ducks Unlimited designed and oversaw the construction of 3 miles of berms and the installation of massive water-control structures that will give refuge managers the ability to manipulate water levels within the restored marsh to benefit fish and wildlife.

The effort was funded in part by a $1.5 million grant to Ducks Unlimited from NFWF’s Sustain Our Great Lakes program.

Reestablishing aquatic connectivity also will restore ecological functions that benefit human communities. Nutrients and sediments washed from farm fields during heavy rains will be allowed to enter the marsh, where they will be put to good use by plants.

“That floodplain has been cut off from the river system for nearly 100 years,” said Dane Cramer, a Ducks Unlimited biologist and project leader. “Once the berms firm up and we open the floodgates, it will bounce back quickly.

“Come back two years from now, and you'll be looking out over more than a square mile of new marsh – cattails as far as the eye can see. There will be little pockets of open water created by muskrats, and they’ll be loaded with fish fry. The egrets and bitterns and herons will be in there, going after those little fish. During the fall migration, puddle ducks will hit the small open spots, and in the deeper pools, we’ll get divers – ringnecks, lesser scaup and redheads. It will be a cacophony, with all the waterfowl and waves of red-winged blackbirds, plus all the reclusive marsh birds you hear but never actually see.”

This rich wetland will be reborn with an old name: “Maankiki Marsh.” 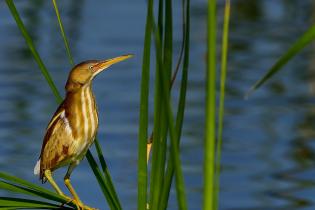 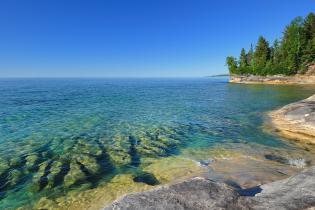