California’s forests have had a tough couple of years. Droughts, beetles, fires and other factors have taken a terrible toll. In 2016, scientists documented the dire situation – 100 million dead trees, packed together and ready to burn.

The risk of catastrophic wildfire in California has grown particularly high within 20.8 million acres of national forest land, home to beloved symbols of the American West: giant sequoias 30 feet wide at the base, majestic coast redwoods 350 feet tall, ancient bristlecone pines thought to be more than 5,000 years old, and rivers supporting salmon and steelhead trout.

To protect these treasures, along with millions of people living near or visiting national forests, the U.S. Forest Service is devoting more of its limited resources to battling blazes. This scramble from emergency to emergency has made it more difficult to address the underlying factors driving such infernos: high density of trees, four consecutive years of severe drought in California, a dramatic rise in bark beetle infestation, and warmer temperatures.

In 2016, NFWF expanded its long-running partnership with the Forest Service, launching a collaborative program designed to reduce fuel loads and restore watersheds and ecosystems affected by past wildfires. The program, started on Southern California’s Los Padres National Forest, helps protect communities from wildfires and water contamination while also achieving measurable conservation outcomes benefiting imperiled species such as steelhead trout and the California condor.

The partnership is rooted in scientific analysis and adaptive management, guiding investments to where they would do the most good and amplifying conservation successes. But in the end, progress hinges on gritty, sweaty work on the ground.

To this end, NFWF awarded a grant of $320,000 to the Student Conservation Association (SCA) to recruit, train, equip and manage two teams of young adults tasked with chain-sawing and chipping dead trees within the Los Padres National Forest.

The two dozen or so team members are mostly recent college graduates with an interest in natural resource management, according to Jay Thomas Watson, SCA vice president for the Western U.S. They expect to begin work in early 2017, working closely with forest managers.

“Partnerships like this are the path to the future,” Watson said. “If you come up here into the forests and see the scale of the problem – millions of dead, brown trees where there were once green mountainsides – you can see pretty clearly that there’s just no way any one agency or organization will solve this." 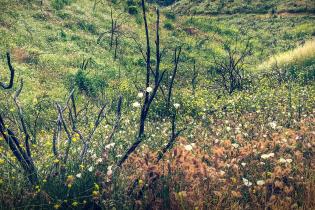 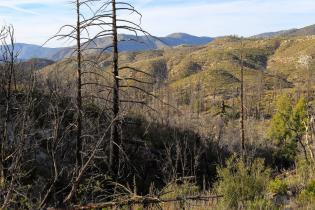 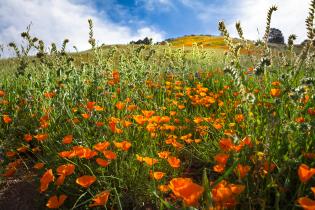