SEATTLE (November 9, 2021) – The National Fish and Wildlife Foundation (NFWF) today announced $971,000 in grant awards to help stabilize and recover the endangered Southern Resident killer whale population native to the Salish Sea in the Pacific Northwest. The grants will generate $951,000 in matching contributions for a total conservation impact of more than $1.9 million.

The grants were awarded through the Killer Whale Research and Conservation Program (KWRCP), a partnership between NFWF, NOAA Fisheries, the U.S. Fish and Wildlife Service, SeaWorld Entertainment and BNSF Railway, with additional funding this year from the Marine Mammal Commission.

“Killer whales play a key role in the ecological and cultural fabric of the Pacific Northwest,” said Jeff Trandahl, executive director and CEO of NFWF. “Resident populations of killer whales in the Pacific Northwest saw steep declines in the early 1970s and have failed to recover, even with increased management protection since then. As the KWRCP enters its sixth year, we are pleased to welcome BNSF Railway as a new funding partner. Together with our returning partners, we remain committed to helping these magnificent and highly intelligent creatures overcome barriers to recovery.”

The projects supported by the seven grants announced today will address three threat categories prioritized by the Washington Governor’s Orca Task Force in 2018, including: (1) prey availability; (2) vessel impacts; and (3) toxins and pollutants.

“We are a founding partner in the KWRCP and the work that is funded by the program is critical to the recovery of the Southern Resident killer whale,” said Dr. Chris Dold, chief zoological officer at SeaWorld. “It is crucial that we learn all we can about these killer whales so that together we can ensure they thrive without the threat of extinction.”

The survival of the Southern Resident killer whale population depends upon the abundance and size of Chinook salmon and a variety of other fish that serve as their primary food sources. A lack of available prey, at both the quantity and size needed to sustain the nutritional needs of these killer whales, represents the highest-priority threat to the population’s survival. Previous research has identified the early survival of Chinook salmon as a limiting factor, as juveniles experience high mortality as they migrate from their natal streams to the Pacific Ocean to mature.

The seven grants announced today support projects designed to restore estuarine and riparian habitats that have been identified as barriers to recovery for two prioritized Chinook runs for killer whales: the Nooksack River and the Skagit River runs.

This year’s group of projects will also reduce impacts on killer whales from commercial and recreational vessels. Sounds and disturbance from large and small vessels further decrease killer whale feeding success through stress or disturbance and “masking” of the echolocation they use to hunt. The large number of boats in the area traversing major shipping lanes into the ports of Seattle and Tacoma also contribute to pollution and ship strike concerns. The Orca Task Force listed several recommendations to reach both the recreational, commercial, and large vessel shipping industries to address these concerns and a new “Quiet Sound” initiative was recently established to start addressing them.

“This vital support from NFWF and other partners helps advance the science and on-the-ground actions such as habitat restoration we need to protect and recover Southern Resident killer whales and the salmon they depend on now and into the future,” said Scott Rumsey, Deputy Regional Administrator of NOAA Fisheries’ West Coast Region. “At the same time, managing vessel traffic and noise helps ensure that the whales can effectively hunt and find the salmon that are out there. Only by working together across the landscape can we address the threats to this endangered population that is so important to tribes, the region, and this marine ecosystem.”

The KWRCP supports efforts to increase understanding for management across all threat categories. In 2021, the program continues to support research to fill critical gaps in knowledge prioritized by management. Projects supported in this category seek to increase knowledge of prey consumption to inform protection and recovery of salmon stocks that are in turn critical to the recovery of Southern Residents. They will also help unravel the way vessel sound and traffic reduces the feeding success of the Southern Residents to help identify and mitigate those impacts.

A complete list of the 2021 grants made through the KWRCP is available here.

Chartered by Congress in 1984, the National Fish and Wildlife Foundation (NFWF) protects and restores the nation’s fish, wildlife, plants and habitats. Working with federal, corporate and individual partners, NFWF has funded more than 5,000 organizations and generated a conservation impact of $6.8 billion. Learn more at www.nfwf.org.

NOAA Fisheries is responsible for the stewardship of the nation's ocean resources and their habitat. We provide vital services for the nation: productive and sustainable fisheries, safe sources of seafood, the recovery and conservation of protected resources, and healthy ecosystems—all backed by sound science and an ecosystem-based approach to management. Find out more at www.westcoast.fisheries.noaa.gov.

The U.S. Fish and Wildlife Service works with others to conserve, protect, and enhance fish, wildlife, plants, and their habitats for the continuing benefit of the American people. For more information, visit www.fws.gov.

About the Marine Mammal Commission

The Marine Mammal Commission is an independent, science-based oversight agency charged by the Marine Mammal Protection Act of 1972 with furthering the conservation of marine mammals and their environment. Learn more about our work at www.mmc.gov.

SeaWorld Entertainment, Inc. (NYSE: SEAS) is a leading theme park and entertainment company providing experiences that matter, and inspiring guests to protect animals and the wild wonders of our world. The Company is one of the world’s foremost zoological organizations and a global leader in animal welfare, training, husbandry, and veterinary care. The Company collectively cares for what it believes is one of the largest zoological collections in the world and has helped lead advances in the care of animals. The Company also rescues and rehabilitates marine and terrestrial animals that are ill, injured, orphaned, or abandoned, with the goal of returning them to the wild. The SeaWorld® rescue team has helped more than 39,000 animals in need over the Company’s history.  SeaWorld Entertainment, Inc. owns or licenses a portfolio of recognized brands including SeaWorld®, Busch Gardens®, Aquatica®, Sesame Place® and Sea Rescue®. Over its more than 60-year history, the Company has built a diversified portfolio of 12 destination and regional theme parks that are grouped in key markets across the United States, many of which showcase its one-of-a-kind zoological collection. The Company’s theme parks feature a diverse array of rides, shows and other attractions with broad demographic appeal which deliver memorable experiences and a strong value proposition for its guests. 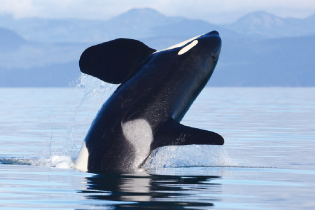 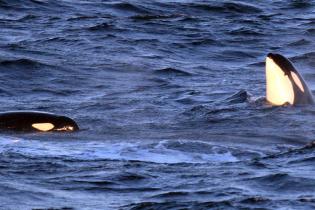