NFWF Awards $1.3 Million in Grants to Conserve Habitat in the Southeast’s Cumberland Plateau

WASHINGTON D.C. (July 11 2019) – The National Fish and Wildlife Foundation (NFWF) today awarded $1.3 million in grants to seven conservation projects that will restore enhance and protect shortleaf pine and riparian forests and in-stream habitats in Alabama Kentucky and Tennessee. The grants will generate $1.3 million in matching contributions for a total conservation impact of $2.6 million.

The seven grants announced today will establish and enhance more than 9700 acres of shortleaf pine and riparian forests within the Cumberland Plateau, improving habitat for game species including wild turkey and northern bobwhite and other forest-dependent birds like Bachman's sparrow. In addition the projects will improve 77 miles of in-stream and riparian habitats to benefit multiple fish and mussel species including blueface darter, eastern hellbender and Alabama lampmussel. These efforts will also engage more than 1400 private landowners through technical assistance and outreach.

"The Cumberland Plateau contains some of the most biologically diverse habitats in the United States," said Jeff Trandahl executive director and CEO of NFWF. "Through the Cumberland Plateau Stewardship Fund government agencies and private corporations are working together to restore native forests and enhance freshwater systems for an array of colorful and rare species many of which are found nowhere else."

Stretching from northwest Alabama to the Kentucky-West Virginia border the Cumberland Plateau was once dominated by shortleaf pine and oak communities. These ecosystems have dwindled over the past several decades due to forest conversion fire suppression and disease and pest infestations. These changes in conditions contributed to the decline of multiple wildlife species including early successional and disturbance-responsive birds such as Bachman's sparrow brown-headed nuthatch and prairie warbler. At the same time sedimentation and runoff from agriculture and development and the modification of streams threaten the regions freshwater species – some of which are found nowhere else in the world.

"Across the country we have seen how farmers ranchers and private land managers can greatly benefit wildlife through their land management decisions," NRCS Chief Matthew Lohr said. "NRCS provides the tools that producers and land managers need to improve water quality and forest health – both important to habitat in the Cumberland Plateau. For example one of our efforts focuses on restoring riparian habitat for the eastern hellbender a unique species and indicator of water quality."

"The Cumberland Plateau Stewardship Fund is a great example of how public-private partnerships can benefit the working lands the species and the people that depend on that land being healthy," said Leo Miranda southeast regional director for the U.S. Fish and Wildlife Service. "The restored forests and the dozens of miles of improved river habitat are a significant contribution to the conservation of listed and at-risk species together with the legacy of natural lands we will leave for future generations."

"We are pleased to support these seven conservation grants that will establish and enhance more than 9700 acres of forestland within the Cumberland Plateau," said Tom Cleves International Paper's vice president of global citizenship. "By working together with organizations that share our commitment to responsible forest stewardship we will continue to ensure healthy and productive forest ecosystems for future generations."

"More than two-thirds of the forests across the Cumberland Plateau are owned by families and individuals making them crucial players in helping ensure healthy habitat for wildlife," said Tom Martin president and CEO of the American Forest Foundation. "With access to resources and foresters these family forest owners can play a major role in stewarding our forests. We are glad to support this work to help them get the assistance they need."

"Our companies depend on high-quality tobacco and grapes to make their products," said Kathryn Fessler senior director of corporate citizenship for Altria Client Services. "From seed to disposal our companies recognize that they have an important role in reducing their environmental impact. We're proud to support the National Fish and Wildlife Foundation's reforestation and water conservation efforts in the Cumberland Plateau."

Since 2013 the Cumberland Plateau Stewardship Fund has invested more than $5.6 million in projects that will establish and enhance more than 81500 acres of shortleaf pine and riparian forests as well as improve 564 miles of stream habitat to benefit the birds and wildlife that rely on these ecosystems.

The Forest Stewards Guild ($200000) will increase prescribed fire delivery and shortleaf pine ecosystem restoration in the Cumberland Plateau of Tennessee and Kentucky to benefit songbirds such as prairie warbler and pine warbler and game species such as wild turkey. The project will engage public and private landowners through outreach and technical assistance to restore and enhance more than 5400 acres of shortleaf pine forests including more than 4000 acres of prescribed burning.

Cumberland River Compact Inc. ($250000) will increase the number of farms and field-grown nurseries implementing soil health best management practices within high-priority Tennessee watersheds to restore water quality and wildlife habitat. The project will engage 500 farmers and growers through marketing field days and technical assistance and will implement practices such as no-till and cover crops on 450 acres benefitting at-risk fish species such as the barrens darter and bird species such as Henslow's sparrow and prairie warbler.

The Nature Conservancy ($100000) will restore and enhance riparian forests and in-stream habitat on private lands in the Paint Rock River watershed in Alabama to benefit numerous at-risk freshwater species including freshwater mussels and fish such as the Alabama lampmussel and spotfin chub. The project will restore 2 miles of in-stream and riparian habitat through streambank stabilization and planting native vegetation.

TN Dept. of Agriculture Division of Forestry ($200000) will expand prescribed burning on privately owned shortleaf pine forests in the Cumberland Plateau of Tennessee to benefit birds such as Bachman's sparrow prairie warbler and northern bobwhite. The project will support a prescribed fire strike team that will implement more than 1500 acres of prescribed burning.

Alabama Forestry Foundation ($300000) will restore riparian and upland forests on private lands in north Alabama benefitting at-risk freshwater mussels such as the Cumberland moccasinshell and fish such as the blueface darter. The project will reach 500 private landowners through strategic marketing field days and demonstrations and restore more than 160 acres of riparian forest along 24 miles of stream.

For more information about the Cumberland Plateau Stewardship Fund or to download the fund's 2019 grant slate please visit www.nfwf.org/cumberland.

About the National Fish and Wildlife Foundation
Chartered by Congress in 1984 the National Fish and Wildlife Foundation (NFWF) protects and restores the nation's fish wildlife plants and habitats. Working with federal corporate and individual partners NFWF has funded more than 4500 organizations and generated a conservation impact of more than $5.3 billion. Learn more at www.nfwf.org.

About International Paper
International Paper (NYSE: IP) is a leading global producer of renewable fiber-based packaging pulp and paper products with manufacturing operations in North America Latin America Europe North Africa India and Russia. We produce corrugated packaging products that protect and promote goods and enable world-wide commerce; pulp for diapers tissue and other personal hygiene products that promote health and wellness; and papers that facilitate education and communication. We are headquartered in Memphis Tenn. employ more than 52000 colleagues and serve more than 25000 customers in 150 countries. Net sales for 2018 were $23 billion. For more information about International Paper our products and global citizenship efforts please visit internationalpaper.com.

About the American Forest Foundation
The American Forest Foundation (AFF) a forest conservation organization works on the ground with families partners and elected officials to promote stewardship and protect our nation's forest heritage. A commitment to the next generation unites our nationwide network of forest owners working to keep our forests healthy and producing the clean water wildlife habitat and sustainable wood supplies that all Americans count on from forests.

About Altria Group
Altria Group is a Fortune 200 company located in Richmond Va. Our companies include some of the most enduring names in American business: Philip Morris USA the maker of Marlboro cigarettes and U.S. Smokeless Tobacco Company the maker of Copenhagen and Skoal. We also own John Middleton manufacturer of Black & Mild cigars Nat Sherman a super-premium cigarette and cigar business and Nu Mark an innovation company that makes e-vapor products like Mark Ten. We complement our total tobacco platform with Ste. Michelle Wine Estates a collection of distinctive wine estates and maker of Chateau Ste. Michelle and our significant equity investment in Anheuser-Busch InBev – the world's largest brewer. 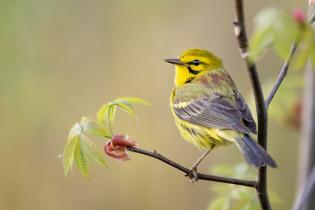 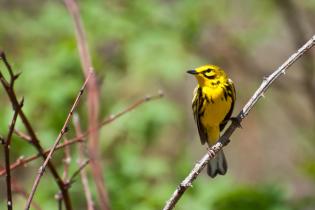