​​WASHINGTON, D.C. (October 9, 2019) – The National Fish and Wildlife Foundation (NFWF) and the U.S Fish and Wildlife Service (Service) today announced $350,939 in funding to improve the health and water quality of Upper Klamath Lake in Oregon to benefit two federally protected species of sucker and other native fish.

Upper Klamath Lake is home to two suckers listed as endangered – the Lost River and shortnose sucker. Neither species are currently surviving to maturity in the Klamath Basin due to a host of water quality and other issues.

Over time, wetlands and marshes throughout the Klamath Basin have become degraded, reducing the amount of aquatic plants available to absorb chemicals and keep water quality at a level adequate for fish survival. Consequently, these conditions increase the growth of blue-green algae. When these large algal blooms die off, they dramatically reduce the oxygen in Upper Klamath Lake, making it even more difficult for fish to survive.

Stillwater Sciences and a team of technical experts will implement one of the two funded projects focused on water quality in the upper Klamath Basin. The team will assess the feasibility of removing algal blooms from Upper Klamath Lake to determine if it can be done at a scale that has a positive effect on lake water quality conditions. If successful, algae removal could ultimately promote the survival of suckers long into the future.

“We are proud to be part of the broad coalition of organizations and individuals working to restore fish and wildlife habitat in the Klamath Basin,” said Jonathan Birdsong, director of NFWF’s western regional office. “These projects are important tools for helping improve watersheds in the Basin.”

The second project is a grant awarded to Trout Unlimited to design a method for separating nutrient-rich tailwater in West Canal from Sevenmile Creek, an area designated as critical native trout habitat and a tributary to Upper Klamath Lake. This project will help improve water quality conditions in Upper Klamath Lake by reducing the amount of nutrient inputs.

"The Service is absolutely committed to working with our partners to find solutions that recover Klamath suckers, and we are optimistic about the success of the project,” Souza said. “Improvements to Upper Klamath Lake are a key part of the equation that will benefit suckers as well as the entire ecosystem."

Both projects were identified by experts convened in a 2018 Sucker Summit organized by U.S. Senator Jeff Merkley. “It is incredibly heartening to see the people in the Basin and federal officials who are committed to meeting the sucker crisis respond so quickly to the short-term action items we identified at the Summit—from sucker propagation to water quality,” Merkley said. “This grant to improve the lake’s water quality shows stakeholders’ determination to come together and tackle this challenge. I am committed to being a strong federal partner and continuing to do everything I can to secure resources for the Basin.”

The grants for these projects were awarded through the Klamath Basin Restoration Program, a partnership between NFWF and the Service. For more information, visit https://www.nfwf.org/klamathbasin.

About the U.S. Fish and Wildlife Service
The U.S. Fish and Wildlife Service works with others to conserve, protect, and enhance fish, wildlife, plants, and their habitats for the continuing benefit of the American people. For more information about our work and the people who make it happen, visit www.fws.gov/cno​ or connect with us via Facebook, Twitter, YouTube, and Flickr. 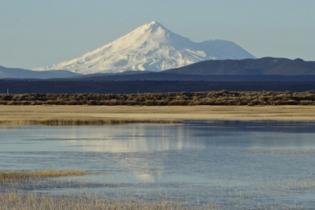