The National Oceanic and Atmospheric Administration (NOAA) and the National Fish and Wildlife Foundation (NFWF) are working with the pelagic longline (PLL) fishery in the Gulf to launch on a temporary restoration project to restore oceanic fish following the 2010 Deepwater Horizon oil spill.

Supporting a Healthier Gulf of Mexico

The 2010 Deepwater Horizon oil spill was the largest maritime oil spill in U.S. history. It discharged millions of barrels of oil into the Gulf of Mexico over a period of 87 days. In addition, approximately 1.8 million gallons of dispersants (products that break up oil into smaller particles) were applied to the spill area.

Many oceanic, or pelagic, fish species in the Gulf were injured during the oil spill, including tuna, billfishand mackerel, as well as deepwater fish such as lancetfish. Fishing businesses and communities depend on these natural resources, which are also a critical component of the Gulf ecosystem. However, these species have yet to be restored.

Helping Restore Fish in the Gulf

The Deepwater Horizon Oceanic Fish Restoration Project is designed to help restore fish species that were injured as a result of the oil spill. The project aims to reduce fishing mortality during a temporary, voluntary, six-month repose period each year where participating vessel owners refrain from pelagic longline fishing. The project began in 2017 and will continue to run annually for another estimated three to five years.

The project includes two separate, and complementary components: (1) a repose period, and (2) optional use of alternative fishing gear. Participants will be compensated to offset their loss in revenue during the repose. If vessel owners choose to use alternative gear, they will be provided with gear that specifically target yellowfin tuna and swordfish and result in lower bycatch of other fish species. By fishing with the alternative gear, participating vessel owners will continue to bring fish to market. This portion of the project will also provide participants with an opportunity to study and improve their proficiency with these new gear types.

How Vessel Owners Are Participating

Participating fishermen are helping to restore pelagic fish species injured by the spill. Their participation in the project benefits the Gulf of Mexico in the short- and long-term and will contribute to reducing the spill’s impacts on fish populations. Reducing fish mortality will allow fish to grow and reproduce, helping support healthier fish populations throughout the Gulf.

NOAA is authorized under the Oil Pollution Act to conduct the Natural Resource Damage Assessment process as a federal trustee and to carry out restoration efforts. This project is funded through the $1 billion in early restoration funds provided by BP in 2011. This project was included in the fourth phase of early restoration​, released in September 2015, and helps to compensate for injuries incurred by pelagic species. The project is tailored to restore resources impacted by the 2010 Deepwater Horizon oil spill and does not affect existing management practices or regulations. 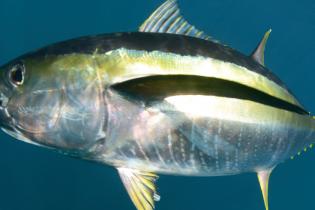