The Delaware River is internationally recognized for its exceptional ecologically and historically significant sites. The river provides drinking water to over 13 million people, it annually attracts numerous tourists, and it supports an economy largely based upon the expansive natural resources of the region.

Since the 1600s, humans have been altering the Delaware River landscape by clearing forested lands for agriculture, harvesting lumber, building canals, roadways and dams, dredging for deeper ports, and intensifying industries reliant on the watershed’s water and energy sources. Periodically over the past two centuries, economically and ecologically critical migratory fish, bird and oyster populations have been decimated by overharvesting, pollution, hydrologic and hydraulic changes, and habitat loss and fragmentation. However, due to pollution abatement and other habitat improvement measures implemented over the last several decades, populations have begun to rebound.

Strategy 1
Restore nearshore shallow-water and wetland habitat adjacent to the shorelines and stream banks within the Delaware Bay and coastal areas.
Strategy 2
Conserve and protect water quality and quantity in the watershed’s rivers and streams, from its forested headwaters down to the larger river and estuarine systems.
Strategy 3
Support expanded forest habitat improvement. 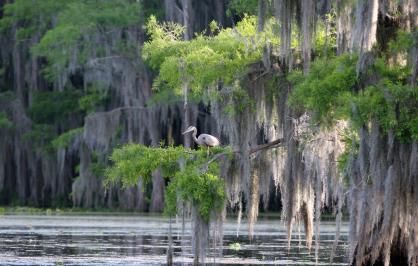