WASHINGTON D.C. (December 11, 2018) –The National Fish and Wildlife Foundation (NFWF) today announced $940,000 in grants to conserve and restore habitats for native freshwater aquatic species in focal watersheds within Alabama, Florida and Georgia. The grants will leverage $1.1 million in matching contributions, generating a total conservation impact of more than $2 million.

"The Southeast is home to the greatest diversity of freshwater species in the country many of which are becoming increasingly rare," said Jeff Trandahl,executive director and CEO of NFWF. "Generating measurable results for the wildlife of Southeastern streams and rivers requires collaboration between the public and private sectors, both in terms of funding and also the ability to coordinate efforts across public and private lands."

The grants were awarded through the Southeast Aquatics Fund, a partnership between NFWF and the USDA Forest Service and Natural Resources Conservation Service, U.S. Fish and Wildlife Service and Southern Company.

The projects supported by the six grants announced today will benefit more than 30 miles of streams and improve the connectivity of aquatic habitats in the Alabama-Mobile-Tombigbee Basin and the Apalachicola-Chattahoochee-Flint Basin. These were identified as priority watersheds due to their high conservation need and the viable opportunities they present for restoration and management strategies that address the key threats aquatic species face in their waters.

The projects also will boost populations of freshwater mussels through propagation and augmentation support efforts by private landowners and farmers to boost water quality and quantity and support the collection of data on key species to inform future conservation actions.

A complete list of the 2018 grants made through the Southeast Aquatics Fund is available here.

"These grants from the Southeast Aquatics Fund will accelerate critical work on public and private lands that will help promote productive soils, biological diversity and threatened and endangered species habitats," said Ken Arney, acting regional forester for the southern region of the U.S. Forest Service.  "We are proud to be a partner in this effort because we know we cannot achieve our restoration and conservation objectives or healthy forests without a strategic approach to watershed conservation."

"We've got some of the most incredible natural places in the world and many of them are right here in these three southeastern states," said Leo Miranda, the U.S. Fish and Wildlife Service's Southeast regional director. "The work we are doing with these partners, state agencies and private landowners to take care of our waters and wildlife recognizes the recreational, economic and conservation values that are so important to our way of life. We're excited to be a part of the partnership to do good and targeted conservation."

"Partnerships like this one are crucial for improving the health of aquatic ecosystems," said NRCS Acting Chief Leonard Jordan. "We are grateful to the National Fish and Wildlife Foundation and our many partners for coming together to improve water quality and habitat on public and private lands. We've seen firsthand how farmers and private landowners are voluntarily making conservation improvements to their land, benefiting a variety of aquatic species like bridled and holiday darters."

"It's a privilege to sponsor projects recovering native aquatic species and restoring critical watersheds in the Southeast," said Jeff Burleson, Southern Company's environmental and system planning vice president. "Southern Company is committed to supporting initiatives that enrich the communities we serve by protecting our natural resources for current and future generations."

Launched in 2017, the Southeast Aquatics Fund is a competitive grants program that supports watershed-based restoration to improve the health of aquatic systems and secure populations of native freshwater aquatic species. In its first year the fund awarded $700,000 to five conservation projects expected to restore 2 miles of stream habitat, prioritize more than 200 culverts and barriers for removal, and develop protocols to detect mussels and their host fish using eDNA monitoring.

About the National Fish and Wildlife Foundation
Chartered by Congress in 1984, the National Fish and Wildlife Foundation (NFWF) protects and restores the nation's fish, wildlife, plants and habitats. Working with federal, corporate and individual partners, NFWF has funded more than 4,500 organizations and generated a conservation impact of more than $4.8 billion. Learn more at www.nfwf.org.

About the U.S. Forest Service
The mission of the U.S. Forest Service, an agency of the U.S. Department of Agriculture, is to sustain the health, diversity and productivity of the nation's forests and grasslands to meet the needs of present and future generations. The agency manages 193 million acres of public land, provides assistance to state and private landowners and maintains the largest forestry research organization in the world. Public lands the Forest Service manages contribute more than $13 billion to the economy each year through visitor spending alone. Those same lands provide 30 percent of the nation's surface drinking water to cities and rural communities and approximately 66 million Americans rely on drinking water that originated from the National Forest System. The agency also has either a direct or indirect role in stewardship of about 900 million forested acres within the U.S., of which over 130 million acres are urban forests where most Americans live. For more information visit www.fs.fed.us.

About the U.S. Fish and Wildlife Service
The mission of the U.S. Fish and Wildlife Service is working with others to conserve, protect and enhance fish, wildlife, plants and their habitats for the continuing benefit of the American people. For more information on our work and the people who make it happen visit www.fws.gov.  Connect with our Facebook page at www.facebook.com/usfwssoutheast, follow our tweets at www.twitter.com/usfwssoutheast, watch our YouTube Channel at http://www.youtube.com/usfws and download photos from our Flickr page at http://www.flickr.com/photos/usfwssoutheast.

About the Natural Resources Conservation Service
The Natural Resources Conservation Service (NRCS) is an agency of the U.S. Department of Agriculture that provides one-on-one personalized advice on the best solutions to meet the unique conservation and business goals of those who grow our nation's food and fiber. NRCS helps landowners make investments in their operations and local communities to keep working lands working, boost rural economies, increase the competitiveness of American agriculture and improve the health of our air, water and soil. NRCS also generates, manages and shares the data research and standards that enable partners and policymakers to make decisions informed by objective reliable science. In simpler terms, NRCS's focus is "Helping People Help the Land." For more information visit www.nrcs.usda.gov.

About Southern Company
Southern Company (NYSE: SO) is nationally recognized as a leading energy company with 46,000 megawatts of generating capacity and 1,500 billion cubic feet of combined natural gas consumption and throughput volume serving 9 million customers through its subsidiaries as of December 31, 2017. We operate nearly 200,000 miles of electric transmission and distribution lines and more than 80,000 miles of natural gas pipeline as of December 31, 2017. 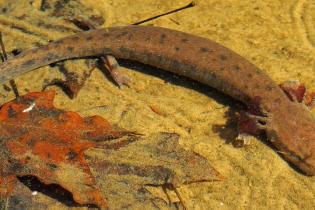 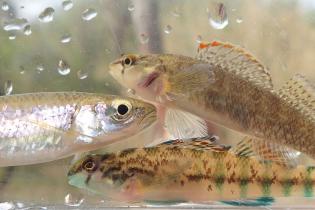