​HOUSTON (November 14, 2019) – The National Fish and Wildlife Foundation (NFWF) and ConocoPhillips today announced $997,000 in grants that will provide significant conservation benefit to migratory and resident birds and their habitats. Projects supported by these grants will restore grassland and wetland habitat, engage private landowners in conservation activities, and use cutting-edge techniques to gather important data on priority bird populations. This year’s awards will support work in Colorado, Louisiana, Montana, North Dakota, New Mexico, Oklahoma, South Dakota, Texas and Wyoming. The grants will leverage more than $1.7 million in matching contributions for a total conservation benefit of more than $2.7 million.

The grants were awarded through the ConocoPhillips SPIRIT of Conservation Program, a partnership between NFWF, ConocoPhillips and the U.S. Fish and Wildlife Service. With a goal of conserving and recovering populations of imperiled birds, the partnership supports work to improve the quality and connectivity of breeding, stopover and wintering habitats, and accelerate innovations for understanding bird population dynamics.

“The nine grants announced today represent key efforts to restore critical habitats for at-risk bird species and answer important questions about their migration routes,” said Jeff Trandahl, executive director and CEO of NFWF. “Our continuing partnership with ConocoPhillips and the U.S. Fish and Wildlife Service is supporting the needs of imperiled birds across their annual life cycles and enabling the landscape-level data collection necessary to inform effective future conservation efforts.”

The projects supported by the nine grants announced today will:

“For the past 15 years, ConocoPhillips has been pleased to help in funding critical conservation projects focused on improving habitat quality and reducing migratory barriers essential for avian and terrestrial species survival,” said Natalie Riley, ConocoPhillips’ director of community relations. “We congratulate this year’s SPIRIT of Conservation Program winners and commend their efforts to restore and protect critical habitat essential for ecological balance and reversing species decline trends.”

Since 2005, ConocoPhillips, NFWF and the U.S. Fish and Wildlife Service have invested more than $12.6 million in projects through the SPIRIT of Conservation program. Grantees have provided an additional $27.5 million in matching contributions for a total conservation impact of $40.1 million. As results of these investments, more than 315,000 acres of critical fish and wildlife habitat in 13 states have been conserved or restored.

A complete list of the 2019 grants made through the ConocoPhillips SPIRIT of Conservation program is available here.

About ConocoPhillips
Headquartered in Houston, Texas, ConocoPhillips had operations and activities in 17 countries, $70 billion of total assets, and approximately 10,400 employees as of Sept. 30, 2019. Production excluding Libya averaged 1,310 MBOED for the nine months ended Sept. 30, 2019, and proved reserves were 5.3 BBOE as of Dec. 31, 2018. For more information, go to www.conocophillips.com​.

NFWF Announces $1.3 Million in Grants From the ConocoPhillips SPIRIT of Conservation Program 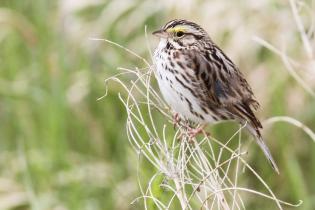 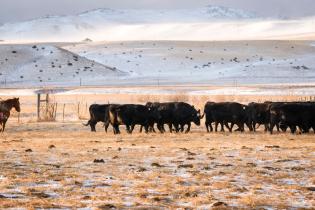