The grants were awarded through Forestland Stewards, a partnership between NFWF and International Paper that conserves and restores southern forestlands representing some of the United States’ most iconic landscapes. These forests provide critical habitats for threatened and endangered wildlife and economic opportunities for local communities.

The 16 projects awarded grants this year are expected to establish more than 6,850 new acres and enhance approximately 68,000 existing acres of longleaf and shortleaf pine and riparian forest habitat. The projects will be implemented in three priority regions in the Southeast: the Low Country forests of North and South Carolina; the Cumberland Plateau of Alabama, Kentucky and Tennessee; and the Piney Woods of Texas and Louisiana.

A complete list of the 2017 grants made through the Forestland Stewards partnership is available here.

Through the Forestland Stewards partnership, International Paper made its first five-year commitment of $7.5 million in 2013 to restore native forests, strengthen important fish and wildlife populations, and protect watersheds — while at the same time promoting and supporting working forests in eight states across the southeastern United States.

“The Forestland Stewards Partnership has achieved tremendous success by bringing together business leaders, landowners, public agencies and conservationists to restore and protect some of the most iconic and biodiverse forests in the United States,” said Jay Jensen, director of NFWF’s southern regional office. “The grants announced today support the collective work of dozens of partners working to promote healthier forests at a landscape-scale, which will benefit wildlife and local communities.”

Since 2013, NFWF and International Paper have invested more than $10.5 million in projects through the Forestland Stewards partnership. These investments have been used to leverage more than $21.5 million in additional funds from grantees, for a total conservation investment of more than $32 million.

With the addition of these most recent grants, Forestland Stewards will have established and enhanced more than 240,000 acres of native forest and wildlife habitat, and engaged more than 8,000 private landowners through outreach and technical assistance to implement forest stewardship practices.

In April 2017, NFWF and International Paper announced they renewed the partnership and International Paper has pledged to increase its contribution to $10 million over the next five years. Because of the effective conservation successes within the Low Country Forests of North and South Carolina, the Cumberland Plateau, and the Piney Woods of Texas and Louisiana, International Paper and NFWF will expand their partnership into a fourth landscape – the Lower Mississippi Alluvial Valley – in a concentrated effort to restore and protect bottomland hardwood forests and associated wildlife, including migratory and wading birds, wintering waterfowl, and other terrestrial and aquatic species.

About the National Fish and Wildlife Foundation
Chartered by Congress in 1984, the National Fish and Wildlife Foundation (NFWF) protects and restores the nation's fish, wildlife, plants and habitats. Working with federal agencies, corporations, foundations and individual partners, NFWF has funded more than 4,500 organizations and committed more than $3.8 billion to conservation projects. Learn more at www.nfwf.org.

About International Paper
International Paper (NYSE: IP) is a leading global producer of renewable fiber-based packaging, pulp and paper products with manufacturing operations in North America, Latin America, Europe, North Africa and Russia. We produce packaging products that protect and promote goods, and enable world-wide commerce; pulp for diapers, tissue and other personal hygiene products that promote health and Wellness; papers that facilitate education and communication; and paper bags, cups and food containers that provide convenience and portability. We are headquartered in Memphis, Tenn., and employ approximately 55,000 colleagues located in more than 24 countries. Net sales for 2016 were $21 billion. For more information about International Paper, our products and global citizenship efforts, please visit internationalpaper.com. 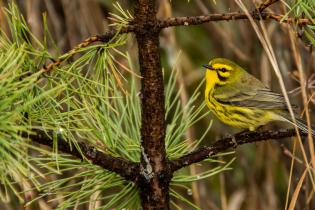