The grants were awarded through the Improving Habitat Quality in Western Big Game and Migration Corridors Program (Western Big Game Migration Program), a public-private partnership between NFWF and the U.S. Department of the Interior’s Bureau of Land Management and U.S. Fish and Wildlife Service, the U.S. Department of Agriculture’s  Natural Resources Conservation Service, ConocoPhillips and BNSF Railways. The announcement comes as U.S. Secretary of the Interior Secretarial Order 3362 is implemented to maintain and conserve migration route corridors.

“As we continue to approach conservation of migration corridors and winter range for mule deer, elk and pronghorn in a non-regulatory and voluntary manner, we are showing how conservation succeeds in the 21st century,” said Secretary of the Interior David L. Bernhardt. “Working together with government and non-government partners, along with private landowners, we are protecting, enhancing and restoring habitat for big game and countless other species of wildlife.”

The projects supported by the 15 grants announced today will enhance and improve habitats on winter ranges, stopover areas and migration corridors used by big game species, both on federal lands and private lands whose owners volunteer to participate in conservation efforts. These projects fund state-identified migratory bottlenecks and places that must be secured and improved to ensure healthy populations of these iconic animals.

“Elk, mule deer and pronghorn face increasing obstacles from highway traffic, development, and habitat degradation as they navigate migration corridors that connect vast stretches of our western landscapes,” said Jeff Trandahl, executive director and CEO of NFWF. “Working with the Department of the Interior, and other partners, such as ConocoPhillips and BNSF Railways, these NFWF awards support the work of local organizations as they implement projects that will reduce vehicle collisions and help to ensure healthy populations of these iconic animals.”

Examples of projects that will received grants include:

This is the second round of grants funded through this partnership. The first round of grants announced in April, 2019 awarded $2.1 million across nine projects, leveraging more than $8.6 million in matching contributions to generate a total conservation impact of more than $10.7 million. The projects collectively will:

A complete list of the 2020 grants made through the Improving Habitat Quality in Western Big Game Winter Range and Migration Corridors Program is available here.

About the U.S. Department of the Interior
The Department of the Interior conserves and manages the Nation’s natural resources and cultural heritage for the benefit and enjoyment of the American people, provides scientific and other information about natural resources and natural hazards to address societal challenges and create opportunities for the American people, and honors the Nation’s trust responsibilities or special commitments to American Indians, Alaska Natives, and affiliated island communities to help them prosper.

NFWF Announces $2.5 Million in Conservation Grants to Support Migration Corridors Across the West 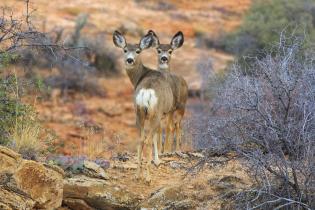 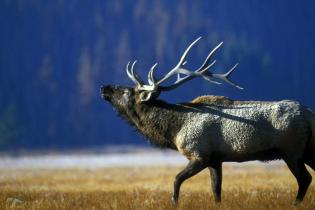