The grants were awarded through the Cumberland Plateau Stewardship Fund (CPSF), a partnership between NFWF and the U.S. Department of Agriculture’s Natural Resources Conservation Service, the U.S. Fish and Wildlife Service, International Paper’s Forestland Stewards Partnership and the Altria Group, with additional support this year from the Bezos Earth Fund.

“The Cumberland Plateau region harbors incredible biodiversity, including fish and wildlife species found nowhere else in the world, as well as game species such as wild turkey and northern bobwhite that captivate the imagination of hunters far and wide,” said Jeff Trandahl, executive director and CEO of NFWF. “These 13 projects represent a record year of funding for the program, reflecting the growing importance of the region to the country in terms of biodiversity, carbon sequestration and clean water.”

The projects supported by the grants announced today will restore shortleaf pine, white oak, and other upland forests and grasslands through plantings, prescribed burning, and other management practices. These efforts will benefit birds such as prairie warbler and Bachman’s sparrow, as well as wild turkey and other game species. These projects also will improve aquatic habitats by removing stream barriers, reforesting abandoned surface mines and degraded stream banks, and working with farmers to implement conservation practices on agricultural lands to reduce runoff and stream sedimentation. These conservation practices can contribute to an increase of carbon stored in natural systems and improve the water filtering capabilities of project lands to help conserve water and improve water quality.

Collectively, these projects will restore or enhance more than 20,000 acres of forest and improve more than 30 miles of stream habitat, benefiting numerous aquatics species, including fish such as the federally endangered laurel dace, as well as amphibians and reptiles such as the Black Warrior waterdog and the flattened musk turtle, which is found only in Alabama. Much of the land in the Cumberland Plateau region is in private ownership, and grantees will engage private landowners in habitat restoration efforts through educational events such as workshops and field days and by providing technical assistance.

“NRCS is pleased to support these habitat restoration projects through our partnership with NFWF,” said NRCS Chief Terry Cosby. “These conservation projects contribute significantly to our work to enhance biodiversity, address climate change, improve water quality and will benefit many species of aquatic life and birds, including northern bobwhite, ruffed grouse and golden-winged warbler.”

“National Fish and Wildlife Foundation grant opportunities are critical for the Cumberland Plateau Region,” said Leopoldo Miranda-Castro, the U.S. Fish and Wildlife Service’s Regional Director. “We remain committed to private landowners and other partners that are conserving forest and wetlands and keeping working lands working. These grant-supported projects will continue this amazing work to conserve America's lands and waters for the benefit of all people.”

Extending from northwest Alabama to eastern Kentucky, the Cumberland Plateau features complex geology and landforms that create an immense diversity of habitats. The region was once dominated by shortleaf pine, oak and grassland communities, but these habitats have declined over the past several decades due to a convergence of factors such as conversion of forest types, development and changes in agricultural practices, and fire suppression and disease and pest infestations. These changes in forest and land-use types and conditions contributed to the decline of multiple wildlife species, including birds such as the golden-winged warbler and northern bobwhite, which rely on open-canopy woodlands and early successional and grassland habitats, as well as bat species such as the Indiana bat. At the same time, sedimentation and runoff from agriculture, development, abandoned surface mines, and the modification of streams threaten the region’s many freshwater species, including freshwater fish like the Tennessee dace.

“As part of our Vision 2030 goal of restoring and conserving 1 million acres of ecologically significant forestland, we are proud to support forest and water conservation projects within the Cumberland Plateau,” said Jeremy Poirier, International Paper manager of fiber certification and sustainability. “We recognize helping to sustain healthy working forests is more than just providing a market for trees, and our Forestland Steward partnership is a testament to this commitment.”

Since 2013, the Cumberland Plateau Stewardship Fund has invested more than $12.5 million in 70 projects to establish and enhance shortleaf pine, oak, and riparian forests and improve stream habitat to benefit the birds and wildlife that rely on these ecosystems.

A complete list of the 2022 grants made through the Cumberland Plateau Stewardship Fund is available here.

About the National Fish and Wildlife Foundation
Chartered by Congress in 1984, the National Fish and Wildlife Foundation (NFWF) protects and restores the nation’s fish, wildlife, plants, and habitats. Working with federal, corporate, foundation, and individual partners, NFWF has funded more than 6,000 organizations and generated a total conservation impact of $7.4 billion. Learn more at www.nfwf.org.

About the Natural Resources Conservation Service
As the U.S. Department of Agriculture’s primary private lands conservation agency, the Natural Resources Conservation Service (NRCS) helps America’s farmers, ranchers, and forest landowners make investments in their operations and local communities to keep working lands working, boost rural economies, increase the competitiveness of American agriculture, and improve the quality of our air, water, soil, and habitat. Through one-on-one, personalized and voluntary assistance, NRCS works with producers and communities to find the best solutions to meet their unique conservation and business goals to ensure the health of our natural resources and the long-term sustainability of American agriculture.

​NFWF Awards $1.3 Million in Grants to Conserve Habitat in the Southeast’s Cumberland Plateau 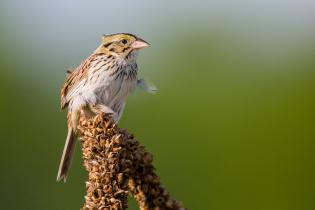 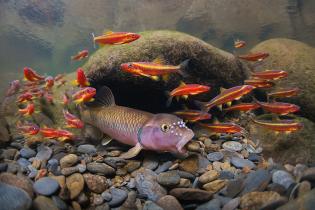 NFWF Awards more than $800,000 in Grants to Conserve the Southeast’s Cumberland Plateau