“Partnerships between industry and conservation interests are the best path forward to support economic growth while conserving our nation’s natural heritage,” said Jeff Trandahl, executive director and CEO of NFWF. “The Pecos Watershed Conservation Initiative is a new way for both those who care about wildlife and those seeking to tap the vast Permian Basin oil reserves to work together. All of the partners believe that we will be able to achieve long-term conservation benefits for species and for local communities.”

Several iconic rivers in the Southwest, including the Rio Grande, Colorado, Pecos, Gila and San Juan, wind their way through arid landscapes. These rivers are the lifeblood of the region and provide critical resources for both local communities and wildlife. As human population and development increase, the demands on watersheds also increase, requiring conservation action.

In a joint statement, the six corporate partners in the new initiative said: “The Pecos Watershed is a unique and extraordinary resource, and we are proud to partner with the National Fish and Wildlife Foundation to ensure that the development of our nation’s oil and natural gas resources goes hand in hand with protecting wildlife and improving the quality of life for local communities.”

The Pecos Watershed Conservation Initiative will work closely with federal agencies, including the Department of Agriculture’s Natural Resources Conservation Service, and the Department of the Interior’s Bureau of Land Management and Fish and Wildlife Service, in addition to the New Mexico Game and Fish Department and Texas Parks and Wildlife, to fund and implement projects that will have the greatest positive return on investments for wildlife species, habitat and local communities.

The objective is to invest in projects that will advance science-based and cost-effective conservation strategies for wildlife and habitat in the region, including:

In the coming months NFWF and its partners will develop a Business Plan for the Initiative that will guide investments and provide measures of successful conservation outcomes. For more information on the Pecos Watershed Conservation Initiative, and the broader Southwest Rivers Program, please visit www.nfwf.org/swrivers/pecos/Pages/home.aspx.

About the National Fish and Wildlife Foundation
Chartered by Congress in 1984, the National Fish and Wildlife Foundation (NFWF) protects and restores the nation’s fish wildlife, plants and habitats. Working with federal, corporate and individual partners, NFWF has funded more than 4,500 organizations and committed more than $3.8 billion to conservation projects. Learn more at www.nfwf.org.

About Anadarko
Anadarko is among the world’s largest independent oil and natural gas exploration and production companies with primary operations located in the Delaware Basin of West Texas, DJ Basin of northeast Colorado and Deepwater Gulf of Mexico.  The company’s strategy is focused on exploring for, developing and commercializing resources globally; ensuring health, safety and environmental excellence; focusing on financial discipline, flexibility and value creation; and demonstrating its core values in all aspects of its business. Learn more at www.anadarko.com.

About Noble Energy
Noble Energy (NYSE:NBL) is an independent oil and natural gas exploration and production company with a diversified high-quality portfolio of both U.S. unconventional and global offshore conventional assets spanning three continents. Founded 85 years ago, the company is committed to safely and responsibly delivering our purpose: Energizing the World, Bettering People's Lives®. For more information, visit www.nblenergy.com​.

About Occidental Petroleum
Occidental Petroleum Corporation is an international oil and gas exploration and production company with operations in the United States, Middle East and Latin America.  Headquartered in Houston, Occidental is one of the largest U.S. oil and gas companies, based on equity market capitalization.  Occidental’s midstream and marketing segment gathers, processes, transports, stores, purchases and markets hydrocarbons and other commodities.  The company’s wholly owned subsidiary OxyChem manufactures and markets basic chemicals and vinyls.  Occidental posts or provides links to important information on its website at www.oxy.com.

About Shell Oil Company
Shell Oil Company is an affiliate of the Royal Dutch Shell plc, a global group of energy and petrochemical companies with operations in more than 70 countries. In the U.S., Shell operates in 50 states and employs more than 20,000 people working to help tackle the challenges of the new energy future.  Environmental stewardship is one-way Shell has continued to share benefits with communities over the past 100 years. Since 1999, Shell has focused our partnerships with many organizations in the U.S. to protect more than 13 million acres of wetlands, clean and remove 600,000 pounds of debris from shoreline, and conserve more than 1.8 million acres of critical habitat.

About XTO Energy Inc.
A subsidiary of ExxonMobil, XTO is a leading oil and natural gas producer in North America with expertise in developing tight gas, shale gas, coal-bed methane and unconventional oil resources. XTO or its affiliates operate in all of the major U.S. unconventional producing regions and Western Canada.  XTO also provides support and technical services to ExxonMobil’s operations in Argentina. The company manages 11 million acres with a total resource of about 139 trillion cubic feet equivalent. 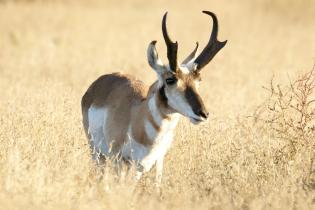 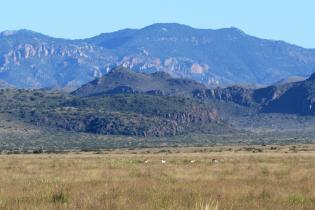 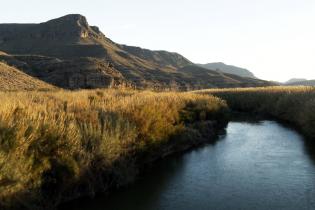