WASHINGTON, D.C. (May 10, 2021) –The National Fish and Wildlife Foundation (NFWF) today announced $4.1 million in grants that will protect vital grassland habitat throughout the Northern Great Plains, benefitting wildlife species such as pronghorn, greater sage-grouse and grassland birds such as thick-billed longspur and lark bunting while at the same time strengthening agricultural and ranching operations.

The 15 grants announced today will leverage $10.9 million in matching contributions to generate a total conservation impact of $15 million.

The grants were awarded through the Northern Great Plains Program, a partnership between NFWF and Margaret A. Cargill Philanthropies, the Arthur Vining Davis Foundations, the Avangrid Foundation, the U.S. Department of Agriculture’s Natural Resources Conservation Service (NRCS), the U.S. Fish and Wildlife Service, and the U.S. Forest Service.

The Northern Great Plains Program works with willing private landowners and local partners to conserve and restore native prairie and wildlife populations while also benefitting local ranching operations and tribal communities. The projects supported by these grants aim to address a number of conservation challenges, including the loss of habitat, development, invasive species and a lack of capacity to manage the grasslands of this vast region.

“The Northern Great Plains, home to some of the nation’s most iconic wildlife populations, face numerous long-term challenges,” said Jeff Trandahl, executive director and CEO of NFWF. “Thanks to the support of our many partners in the public and private sectors, we can provide critical support to organizations working hand-in-hand with willing private landowners to conserve some of the last stretches of intact, native grassland in North America.”

This year’s awards include projects in Montana, Nebraska, North Dakota, South Dakota, Wyoming and Alberta, Canada. These projects will work with local and state grazing groups to incorporate conservation easements as well as wildlife-friendly management and restoration practices into ranch planning efforts.

“Finding common interests amongst such a wide variety of partnerships speaks volumes to the conservation effort in these states,” said Jeffrey Vander Wilt – Acting State Conservationist, Nebraska. “With a common goal of protecting the grasslands that provide food and fiber for this nation, these projects will work with private landowners to preserve the remaining grassland we have in the Northern Great Plains.”

The grants awarded today support the conservation goals identified in NFWF’s Northern Great Plains Business Plan. Since the business plan was implemented in 2016, NFWF’s partners and grantees have exceeded its initial goals. As a result of the business plan’s progress to date, NFWF has expanded its conservation goals for the Northern Great Plains. The revised goals take an aggressive approach to impact landscape-scale conservation in order to sustain healthy populations of grassland-obligate species while also fostering sustainable livelihoods and preserving cultural identities in the region.

These new goals and NFWF’s strategies to restore, improve and protect habitat and wildlife in the region can be viewed in the updated Northern Great Plains Business Plan.

A complete list of the 2021 grants made through the Northern Great Plains Program is available here. 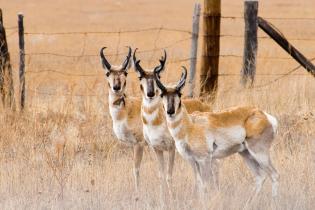 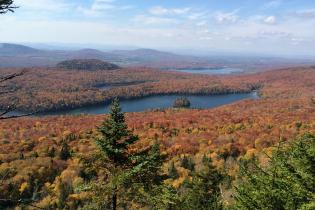