​SAN FRANCISCO (August 27, 2019) — The U.S. Department of Agriculture’s Forest Service Pacific Southwest Region and National Fish and Wildlife Foundation (NFWF) today announced more than $3.5 million in grants to restore forests and watersheds impacted by wildfires within the Eldorado and Lassen National Forests, and targeted instream improvements for salmon and steelhead within the Klamath, Shasta-Trinity and Six Rivers National Forests in northern California. The grants will leverage more than $1.3 million in matching contributions for a total conservation impact of $4.9 million.

“We are proud to award another round of grants with the Forest Service that will enhance watershed and habitat resiliency to benefit wildlife,” said Candace Leong, NFWF’s northern California forest manager. “This round of grant-making also includes the program’s first awards supporting watershed infrastructure projects that will remove fish passage barriers and improve transportation infrastructure and watershed health.”

Several of the grants will support the restoration of ecologically important habitats that directly benefit wildlife such as California spotted owl, Sierra Nevada yellow-legged frog, salmon and many species of fish and amphibians.

“Through this program, we are engaging with numerous partners who will enhance watershed health and develop fuels management strategies that will reduce the risk of future wildfires,” said Eldorado National Forest Supervisor Laurence Crabtree. “We are also awarding funds for key projects that will protect and maintain California spotted owl habitat, and benefit cultural and tribal resources. Infrastructure improvements like new culverts also provide critical ecosystem protection.”

“We look forward to awarding this project that will benefit an array of important species and associated habitats,” said Lassen Forest Supervisor Deb Bumpus. “This project will complement our previously awarded grants that enhance wildlife habitats.”

About the USDA Forest Service
The mission of the Forest Service, an agency of the Department of Agriculture, is to sustain the health, diversity and productivity of the nation’s forests and grasslands to meet the needs of present and future generations. The agency manages 193 million acres of public land, provides assistance to state and private landowners and maintains the largest forestry research organization in the world. Public lands the Forest Service manages contribute more than $13 billion to the economy each year through visitor spending alone. Those same lands provide 20 percent of the nation’s clean water supply, a value estimated at $7.2 billion per year. The agency also has either a direct or indirect role in stewardship of about 80 percent of the 850 million forested acres within the U.S., of which 100 million acres are urban forests where most Americans live. 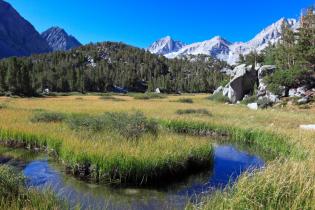 $1.7 million for national forests and watersheds in Northern California 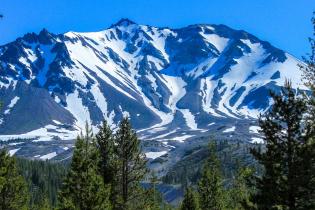