“Our partnership with NFWF has motivated not only our Forest Service staff, but third-party implementers to establish strategic fuels management projects,” said Randy Moore, regional forester for the USFS. “Being able to utilize NFWF’s grantmaking has allowed us to increase the pace and scale of these projects, which are so vital for forest health, community safety, fish and wildlife.”

The projects supported by the nine grants announced today will address fuels management projects that will improve forest health and resilience for habitat important to critical species such as the California spotted owl, northern spotted owl and Pacific fisher.

“The grants we announce today will boost the resilience of California forests and will help to protect local communities by supporting proactive shovel-ready projects to reduce the severity and intensity of wildfire,” said Jeff Trandahl, executive director and CEO of NFWF.

Projects included in this grant slate will fund, among other things, the implementation of shaded fuel breaks, invasive species removal and prescribed fire treatments. These strategies will be used to return forested landscapes to healthy stand structures that encourage native vegetation growth, reduce the severity of future wildfires and support habitat for critical species. Fuels management activities will also be implemented in wildland-urban interfaces that are essential for protecting vulnerable communities.

“Our partnership with the USFS and NFWF allows our company to strategically identify projects which improve forest health across the landscape,” said Mark Emmerson, SPI Chairman and CFO. “Working with this partnership and aligning projects has been an added tool to build headwater resilience and improve conditions for sensitive species.”

The Pacific Southwest Fuels Management Partnership is a grants program focused on fuels management that reduces the threat of catastrophic wildfires and creates safer conditions for the return of historic fire regimes. The program strives to protect healthy forest conditions that support fish and wildlife, recreation, water quality and carbon sequestration.

A complete list of the 2020 grants made through the Pacific Southwest Fuels Management Partnership is available here.

About the National Fish and Wildlife Foundation
Chartered by Congress in 1984, the National Fish and Wildlife Foundation (NFWF) protects and restores the nation’s fish, wildlife, plants and habitats. Working with federal, corporate and individual partners, NFWF has funded more than 5,000 organizations and generated a conservation impact of $6.1 billion. Learn more at www.nfwf.org.

About the USDA Forest Service
The mission of the Forest Service, an agency of the U.S. Department of Agriculture, is to sustain the health, diversity and productivity of the nation’s forests and grasslands to meet the needs of present and future generations. The agency manages 193 million acres of public land, provides assistance to state and private landowners and maintains the largest forestry research organization in the world. Public lands the Forest Service manages contribute more than $13 billion to the economy each year through visitor spending alone. Those same lands provide 20 percent of the nation’s clean water supply, a value estimated at $7.2 billion per year. The agency also has either a direct or indirect role in stewardship of about 80 percent of the 850 million forested acres within the U.S., of which 100 million acres are urban forests where most Americans live. 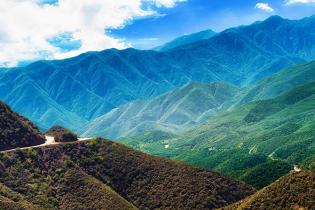