WASHINGTON, D.C. (February 4, 2021) – The National Fish and Wildlife Foundation (NFWF) today announced more than $1.9 million in grants to restore forest and freshwater habitat in central Appalachia, including New York, Pennsylvania, Virginia and West Virginia. The grants will generate more than $3 million in matching contributions for a total conservation impact of more than $4.9 million.

“The 12 grants announced today will advance the reconnection and expansion of native eastern brook trout populations, increase capacity for monitoring populations of focal bird species like wood thrush, and improve water quality and habitat for hellbender and freshwater mussels,” said Jeff Trandahl, executive director and CEO of NFWF. “None of this work would be possible without the strong support of our public and private Central Appalachia partners.”

“Private landowners, NFWF, NRCS and other partners have worked together now for years to envision and achieve restoration of habitats with compelling successes,” said Terrell Erickson, Northeast regional conservationist for NRCS. “These additional projects in my region are examples of the coordinated effort it takes to plan and bring to fruition habitat enhancements for fish and wildlife species.”

"We have been collaborating with NFWF to restore habitats in Western Pennsylvania for seven years," said Sam Reiman, director of the Richard King Mellon Foundation. "NFWF's approach exemplifies high-quality habitat restoration based on sound science, and we expect to do even more such work, and to expand those efforts to new areas, under our new 10-year strategic plan."

“We are proud to support the Central Appalachia Habitat Stewardship Program through our partnership with the National Fish and Wildlife Foundation,” said Shell Pennsylvania Chemicals VP Hilary Mercer. “Renewed fish and wildlife habitat benefits the greater Central Appalachian region and the entire Commonwealth of Pennsylvania. The combined effort also underscores the value of sustainable, long-term improvements and Shell’s ongoing commitment to have a positive impact on the communities we work in and around.”

Central Appalachia boasts some of the most biologically diverse, temperate deciduous forests in the United States. The projects announced today will enable more than 150 different landowners to improve management on more than 10,000 acres of public and private forests, and monitor bird populations on 18,000 acres of forests. This work will benefit declining populations of forest birds, including the golden-winged warbler, wood thrush and cerulean warbler.

“This collaborative effort led by the National Fish and Wildlife Foundation shows how strong partnerships with shared goals achieve the greatest outcomes,” said Gina Owens, U.S. Forest Service eastern regional forester. “The Forest Service is a proud partner in these efforts of restoring and sustaining healthy forests and aquatic habitats across the Central Appalachian landscape.”

The rivers and streams of the Appalachian region also are globally important habitat for unique and diverse wildlife populations, including brook trout, salamanders and a wide variety of freshwater mussels. Projects funded today will remove 14 barriers to fish passage, open up more than 115 miles of upstream habitat to fish, restore 6 miles of streamside forest and install 50 nest boxes to create nursery habitat for eastern hellbenders.

“These projects will benefit a wide array of wildlife and the habitat they rely on," said Wendi Weber, North Atlantic-Appalachian regional director for the U.S. Fish and Wildlife Service. "We’re proud to support the foresters, farmers, students, community organizations and others who will help conserve these species and improve the health of the region’s forests and waters. These stewards of wildlife, waters and working lands will help ensure central Appalachia thrives into the future.”

The Central Appalachia Habitat Stewardship Program was established in 2017 and invests in science-based, on-the-ground restoration and planning to restore the quality of forest and freshwater habitats in the central Appalachian region, including portions of New York, Pennsylvania, Ohio, Maryland, Virginia and West Virginia. To date, the program has awarded 47 grants totaling more than $6.7 million and leveraged $8.9 million in matching funds.

A complete list of the 2020 grants made through the Central Appalachia Habitat Stewardship Program is available here.

To learn more about the Central Appalachia Habitat Stewardship Program, please follow this link to view a short video.

About the National Fish and Wildlife Foundation
Chartered by Congress in 1984, the National Fish and Wildlife Foundation (NFWF) protects and restores the nation's fish, wildlife, plants and habitats. Working with federal, corporate and individual partners, NFWF has funded more than 5,000 organizations and generated a total conservation impact of $6.1 billion. Learn more at www.nfwf.org.

About the U.S. Forest Service
Established in 1905, the U.S. Forest Service is an agency of the U.S. Department of Agriculture. The mission of the Forest Service is to sustain the health, diversity, and productivity of the nation’s forests and grasslands to meet the needs of present and future generations. The agency manages 193 million acres of public land, provides assistance to state and private landowners, and maintains the largest forestry research organization in the world. Public lands the Forest Service manages contribute more than $13 billion to the economy each year through visitor spending alone. Those same lands provide 20 percent of the nation’s clean water supply, a value estimated at $7.2 billion per year. The agency has either a direct or indirect role in stewardship of about 80 percent of the 850 million forested acres within the U.S., of which 100 million acres are urban forests where most Americans live. For more information, visit www.fs.usda.gov.

About the U.S. Fish and Wildlife Service
The mission of the U.S. Fish and Wildlife Service is to work with others to conserve, protect and enhance fish, wildlife, plants and their habitats for the continuing benefit of the American people. We are both a leader and trusted partner in fish and wildlife conservation, known for our scientific excellence, stewardship of lands and natural resources, dedicated professionals, and commitment to public service. For more information on our work and the people who make it happen, visit www.fws.gov. 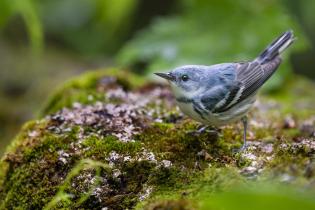 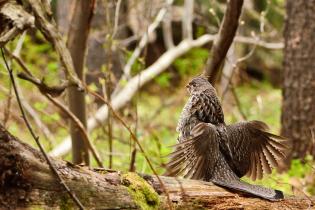 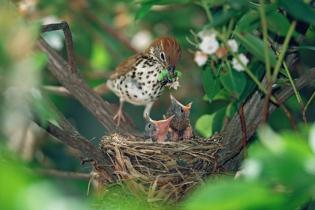