For healthy forests, a little bit of fire can be a great thing. Trees, animals and entire ecosystems have evolved to not only tolerate wildfire, but to thrive in the presence of seasonal burns.

Such is the case in the legendary forests of California, home of towering redwoods, massive sequoias and prolific ponderosa pines. Left on their own, these forests enjoy natural resilience to occasional wildfires, often sparked by lightning. Flames move through, burn off dead wood and remove young competitors from mature stands. Wherever fire burns hot enough to kill old-growth trees, new meadows and pockets of young forest spring up. Wildlife flourishes in the resulting patchwork of habitats.

The modern world has disrupted this system, depriving these forests of their natural ability to tolerate wildfires. Temperatures are climbing, droughts are intensifying, and wildfires are growing more destructive. Millions of people have moved into fire-prone areas, leading to the suppression of wildfires that would have normally moved through and burned off excess fuels. Invasive insects have decimated forests and left mountainsides of standing dead trees, waiting to erupt in flame. Invasive, more flammable plants have moved into fire scars, displacing native vegetation and putting forests and communities at heightened risk of future fires.

Our nation’s great forests, along with the wildlife, people and headwaters within, now face threats at a scale far beyond what any one agency or entity can address. That’s why NFWF focuses on launching and managing landscape-scale initiatives that bring together public agencies and private companies (our funding partners) and fast-moving, experienced implementers (our grantees) to generate immediate and sustainable results. Many of the grants we award through these programs support the tough, gritty work being done right now to make our nation’s forested landscapes, and the communities within, more resilient to wildfire.

One of the surest ways to prevent catastrophic wildfires is the active removal of excess fuels, including dead trees as well as live ones packed too tightly together from plantation plantings. Due to the vastness of the forests and rugged terrain in California’s national forests, NFWF and the U.S. Forest Service work together to identify areas that would provide the greatest protection to wildlife, water and human communities. We concentrate our conservation investments in those areas. Examples of our 2020 grant-making include:

A grant of nearly $5.5 million will enable the California Fire Safe Council to develop a comprehensive assessment of wildfire risk and vulnerability in Santa Barbara County and establish long-term wildfire resilience of watersheds and human communities.

The Mid Klamath Watershed Council will leverage a $500,000 grant to conduct manual thinning around communities within the Six Rivers National Forest of Northern California and implement fuels reduction treatment along strategic fuel breaks.

NFWF’s Southern California Forests and Watersheds Program invests in projects that address past fires on the Angeles National Forest and other forested federal lands.

Efforts to increase resilience to wildfire in western states benefit some of the nation’s most spectacular wildlife, including golden eagles like this one.

NFWF partners with the U.S. Forest Service to recover and enhance lands affected by wildfire and build resilience to future fires and drought through improving fire breaks and removing excess fuels.

NFWF invests in efforts to bolster the health and wildfire resilience of forests in the Southeast through several competitive grant programs, including the Longleaf Landscape Stewardship Fund.

Healthy longleaf pine forests provide habitat for a rich diversity of species, including endangered red-cockaded woodpeckers, such as this banded chick.

A grant of more than $321,000 will enable the American Conservation Experience to reduce the risk of severe wildfires within the San Gabriel Mountains National Monument. The nonprofit will provide training to a fuels reduction crew that will implement necessary fuels treatments to promote forest health and resilience.

The Student Conservation Association will use a grant of $212,000 to reduce wildfire risk near communities on Frazier Mountain in the Los Padres National Forest. The restoration team of mostly young adults, many from nearby urban communities, will perform thinning and other treatments on 1,500 acres.

Areas scorched by wildfires often bounce back naturally. However, wildfires that burn extremely hot over wide areas often require intervention to hasten recovery, ensure the survival of rare species, protect rivers and streams from sedimentation, and block invasive, highly flammable vegetation from taking over. Examples of our 2020 grant-making include:

A grant of $706,000 will enable Point Blue Conservation Science to restore priority meadows within the footprint of the Storrie Fire, which in 2000 burned 27,000 acres in Lassen National Forest.

American Rivers will leverage a $243,000 grant to restore hydrological processes in a fire-scarred watershed in the Sierra Nevada. The work will improve habitat for the willow flycatcher and greater sage-grouse.

Nearly $202,000 awarded to the Rancho Santa Ana Botanic Garden will improve plant diversity in areas of the Angeles National Forest damaged by wildfires. The grant supports seed collection and restoration of threatened and endangered plant species.

The National Forest Foundation will use a grant of $120,000 to conduct post-fire restoration in the Powerhouse fire scar on the Angeles National Forest. Workers there will treat native conifer plantations and oak stands through brush canopy reduction, pruning, thinning, and dead tree removal.

Building resilience to wildfire in other states

While our wildfire-related investments continue to grow in California, we also support similar efforts in many other areas of the country. Decades of experience in vetting potential projects enable us to focus resources on the most cost-effective and successful techniques and on-the-ground implementers. Examples include:

In Colorado, Chaffee County will use a $366,000 grant to thin forests, reduce wildfire risk and improve wildlife habitat at the headwaters of the Arkansas River.

In Oregon and Washington, Sustainable Northwest will leverage a $349,000 grant to partner with tribes and forest collaboratives to reduce fuel loads across 430,000 acres and protect rural and indigenous communities threatened by intense wildfires.

The Nature Conservancy will use a $275,000 grant to conduct controlled burns and other management practices across 50,000 acres of longleaf pine forest in Georgia and Florida, thereby reducing the likelihood and impact of catastrophic wildfire.

In Wyoming, a grant of $250,000 will support efforts by the Wyoming Game and Fish Department to restore habitat and improve connectivity in the Thunder Basin Grasslands to benefit greater sage-grouse, pronghorn and rural communities.

In Hawaii, a grant of $80,000 will support efforts by the Hawaii Wildfire Management Organization to decrease sedimentation at coral reefs by reducing the risk of wildfire in the South Kohala region.

NFWF leads the way in protecting wildlife migrations across our nation. 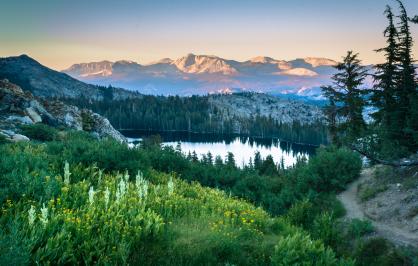 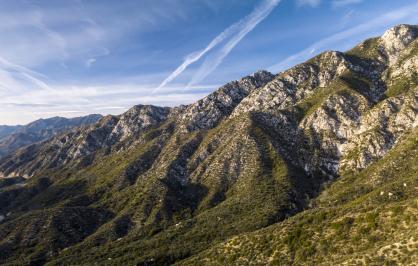 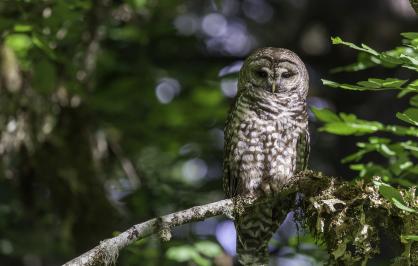 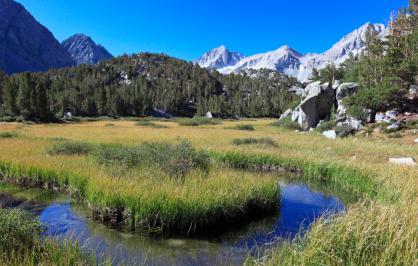 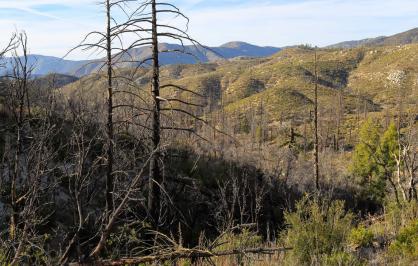 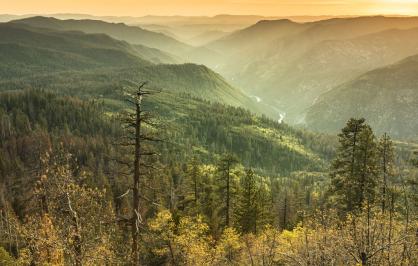