The longleaf pine ecosystem once encompassed more than 90 million acres of North America, from Virginia to Texas. Unique to the southeastern United States, it contains a stunning diversity of plants and animals, including rare and endangered wildlife like the indigo snake, red-cockaded woodpecker and gopher tortoise. Unfortunately, less than 5 percent of the original acreage remains, and threatened and endangered species that depend on the habitat are struggling to survive.

The Longleaf Stewardship Fund builds on the success of the Longleaf Legacy Program, a partnership between Southern Company and NFWF since 2004, which has invested more than $8.7 million into projects that will restore more than 87,000 acres of longleaf pine forest and the native species that rely on it.​ 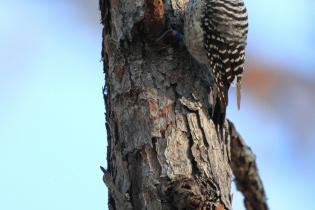